This Place is in
New York

This Place protects
Land for Recreation 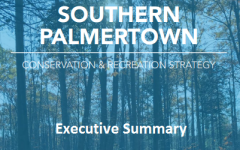 Saratoga County is among New York’s fastest-expanding counties. In the face of this growth, we have been working to enhance the county’s recreational opportunities, protect climate-resilient lands and safeguard drinking water resources.

Though there’s no mountain in its name, the Palmertown Range that cuts through Moreau Lake State Park is part of the Adirondack foothills.

Here, we are working to connect Moreau Lake and Saratoga Spa State Parks via a 13-mile stretch of the Palmertown Range. This trail corridor will connect the communities of Saratoga Springs, Glens Falls and Queensbury.

The Palmertown Ridge Trail is one of the highest-priority acquisitions within Saratoga County for climate resiliency, meaning that its protection will increase the county’s ability to withstand floods and other weather events associated with climate change.

With the creation of the trail residents and visitors to Saratoga Springs will be able to step out their doors and travel to Moreau Lake State Park on a long-distance recreational trail.

Toward the creation of this corridor, we purchased the Greentree Lake parcel. A critical piece of the trail, Greentree Lake’s connectivity with the surrounding landscape also makes the property an important ecological corridor for the region’s wildlife to migrate and thrive while safeguarding drinking water resources.

In December 2017, we began the process of developing a Palmertown Conservation Master Plan with input from the community. Completed in the Fall of 2018, the plan is a blueprint that identifies conservation corridors and recreational areas, that, if protected, will create regional connectivity, bolster the recreational and forest economy in Saratoga County, and increase public access to trails.

To learn more, read the full report or executive summary below!

What You Can Do

Become a part of our mission to safeguard at-risk places through your tax-deductible gift.

We get in touch once a month with our most important news, stories, and updates.